What Does a Female Truck Driver’s Salary Look Like?

Posted by Lily Transportation on October 17, 2019 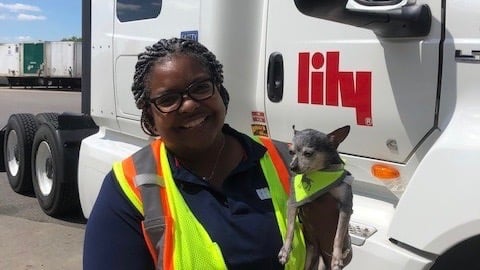 There is tremendous opportunity in the truck driving industry for anyone looking for a new and lucrative career path. With plenty of benefits, equal pay, and companies looking to hire female truck drivers, there really hasn’t been a better time for women to enter the trucking industry.

Where many career paths are still held back by wage inequality, professional truck driving is not. “As a truck driver, you make the same amount of money as your male peers, because you either get paid by the mile or the load of the percentage,” Ellen Voie, the president of Women in Trucking (WIT) says. “So gender is not an issue in pay in the truck industry for drivers."

But what does a female truck driver’s salary look like? What kind of factors can affect the truck driving salary?

What Does the Average Truck Driver Salary Look Like?

According to research from the Bureau of Labor Statistics, on average, a truck driver will make upwards of $40,000 annually. While each carrier is likely to offer a variety of truck driver salaries and benefits, AllTrucking.com says that “pay does gradually increase year by year, based on performance, safety, and experience.”

It’s also important to note that, on account of the industry needing lots of new drivers, trucking and transportation companies are more than willing to offer their drivers incentives.  At Lily Transportation, salaries range from $50,000 - $95,000 annually. We not only provide paid holiday and vacation time, full benefits and cell phone allowances, but we also have Safety and Loyalty programs that allow our drivers to receive significant quarterly and annual bonuses.

Beyond the Female Truck Driver’s Salary

The trucking industry needs new, diverse, and younger truck drivers. As a large percentage of the current trucker population nears retirement, carriers across the country are ramping up their recruitment efforts. And this means actively pursuing female truck drivers.

While a female truck driver’s salary looks the same as a male truck driver’s salary, the industry isn’t stopping there. Instead, the entire trucking industry is making changes to accommodate its female truckers. According to CDL Career Now, this means improving truck stop safety with better lighting and visibility and outfitting the trucks themselves with closer pedals and better-positioned seatbelts.

And with over 20,000 female truck drivers having joined the industry since 2014, those developments seem to be paying off. Lily Transportation is always on the look-out for excited, passionate, and driven women to join our family of truck drivers. If you’ve ever been interested in the truck driving lifestyle, or want to learn more about the benefits of driving for Lily,  please reach out to us today!

You don’t have to take our word for it either; just listen to what one of our female drivers had to say about driving for Lily: “I encourage a lot of women to come and work for Lily Transportation. It’s worth your while…its an awesome, awesome place to work.”